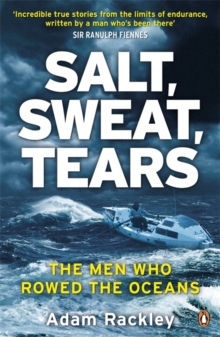 Salt, Sweat, Tears - The extraordinary story of the men who rowed oceans by Adam RackleyFewer people have rowed across the Atlantic than have climbed Everest. Adam Rackley is among them. For 70 days he and his rowing partner ate, slept and rowed in a boat seven metres long and two metres wide, in one of the world's most extreme environments.

This is his story of adventure, endurance and self-discovery. They were following in the wake of pioneers. In 1896 a pair of Norwegian fisherman crossed the 2,500 miles in a wooden fishing dory - and their record stood for 114 years.

John Fairfax, a smuggler, gambler and shark hunter, was the first to complete the feat single-handedly in 1969.

Others have followed; some have not survived the attempt.

This is their story, too. Pain, hardship and success - this is the perfect book for rowers and extreme sports fans who liked The Crossing by Ben Fogle & James Cracknell, Ellen MacArthur's extraordinary story and No Way Down. Adam Rackley was born in the Netherlands in 1981. He studied PPE at the University of York before completing an MSc from the University of London in Finance and Financial Law.

He was a Platoon Commander with the Black Watch at Fort George in Scotland, before working as a fund manager at Montanaro Asset Management and a finance lecturer at BPP Business School.

He lives in South London with his wife, Alice. SALT, SWEAT, TEARS is Adam's first book. 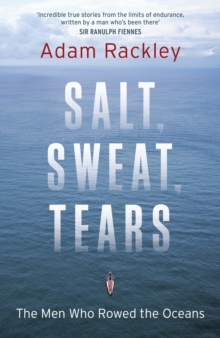 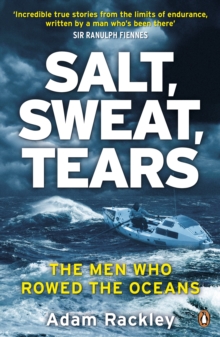