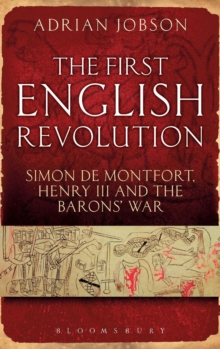 Simon de Montfort, the leader of the English barons, was the first leader of a political movement to seize power from a reigning monarch.

The charismatic de Montfort and his forces had captured most of south-eastern England by 1263 and at the battle of Lewes in 1264 King Henry III was defeated and taken prisoner.

De Montfort became de facto ruler of England and the short period which followed was the closest England was to come to complete abolition of the monarchy until Oliver Cromwell's Commonwealth.

The Parliament of 1265 - known as De Montfort's Parliament - was the first English parliament to have elected representatives.

Only fifteen months later de Montfort's gains were reversed when Prince Edward escaped captivity and defeated the rebels at the Battle of Evesham.

Simon de Montfort was killed. Following this victory savage retribution was exacted on the rebels and authority was restored to Henry III.

Adrian Jobson captures the intensity of de Montfort's radical crusade through these most revolutionary years in English history in this spirited and dramatic narrative. 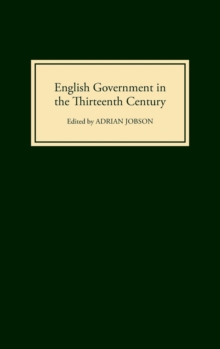 English Government in the Thirteenth... 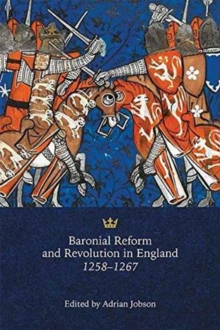 Baronial Reform and Revolution in...