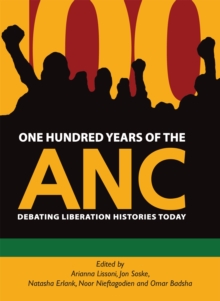 On 8 January 2012 the African National Congress (ANC) of South Africa, the oldest African nationalist organisation on the continent, celebrated its one hundredth anniversary.

This historic event has generated significant public debate within both the ANC and South African society at large.

There is no better time to critically reflect on the ANC's historical trajectory and struggle against colonialism and apartheid than in its centennial year. One Hundred Years of the ANC is a collection of new work by renowned South African and international scholars.

Covering a broad chronological and geographical spectrum and using a diverse range of sources, the contributors build upon but also extend the historiography of the ANC by tapping into marginal spaces in ANC history. By moving away from the celebratory mode that has characterised much of the contemporary discussions on the centenary, the contributors suggest that the relationship between the histories of earlier struggles and the present needs to be rethought in more complex terms.

Collectively, the book chapters challenge hegemonic narratives that have become an established part of South Africa's national discourse since 1994.

By opening up debate around controversial or obscured aspects of the ANC's century-long history, One hundred years of the ANC sets out an agenda for future research. The book is directed at a wide readership with an interest in understanding the historical roots of South Africa's current politics will find this volume informative.