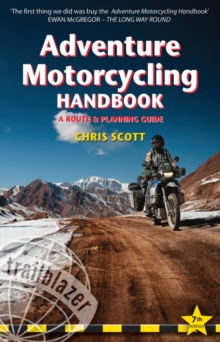 Now in its fourth decade, the much revised and expanded AMH7 catches up with all of it, covering among other things: * bike choice and recommended models * the gear: what you need, not what you can buy * Life on the Road: borders, comms, police trouble, satnav, filming and moto troubleshooting * Comprehensive overland route outlines in Africa, Asia and Latin America - aka: the Adventure Motorcycling Zone * Contributions from among others: