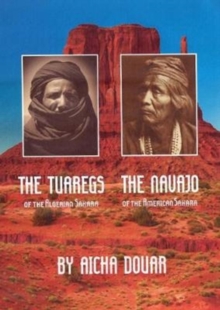 A survey which Aicha made showing five photos of Monument Valley Mountains, where the Navajo Nation resides, to thirty Algerian people from different educational backgrounds, was the reason why this book was written.

They were asked to tell her where the pictures were taken; they all confirmed that they were of the Ahaggar Mountains in the Sahara of Algeria.

Aisha believes that tourism should take another direction; it should get out of its usual comfort zone - luxury travel for fun, entertainment, overcoming one's situation, etc.

People should travel to discover the identical places that exist in the world.

Some will be lucky enough to be able to visit both places.

Those who can only make it to one place, will at least know that a similar place exists somewhere else.

If you can do neither, then documentary film makers and fashion designers can transport you to both places, in a dreaming voyage, in a very short period of time.