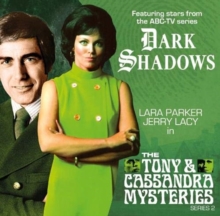 Part of the Dark Shadows - The Tony & Cassandra Mysteries series

She's a witch. He's a private detective. And when they get together, it's magic. The private detective and the witch are back investigating four new exciting mysteries: The Mystery of Stone Heart Studios by Philip Meeks. "All that creation can't simply vanish. All that imagination. It has to still be here somehow; a power of its very own. And if that power joined forces with another power, surely a miracle might occur.

I believe my babies are coming to life. After all these years they're finally going to be real. "Cassandra and Tony are hired to investigate an impossible murder high in the Hollywood Hills.

Once the home of Curdlespoon the Lion, Barbara Bison and a whole host of America's favourite cartoon characters, Stone Heart Studio's closed over a decade ago after a spate of unfortunate accidental deaths.

Now Tina Heart has raised the funds to reopen the studios and finish the work of her late father and his partner.

But history seems to be repeating itself.An actress has been crushed whilst sealed in a sound booth.

As other mysterious deaths follow. Cassandra begins to realise there's ghosts stirring within the walls of the studios.

An ancient force has been unleashed and its making the beloved characters created within its walls anything but family friendly.

Somehow, they've started to manifest as unstoppable monsters thirsty for blood. The Mystery of West Vale Sanitarium byJoshua J. Price & Tanja Milojevic."There's evil out there that would make the most vicious monsters look merciful." As Tony and Cassandra argue about whether or not to hire a new secretary, an old friend walks back into their lives.

Alice Wilkes, who they previously met on doomed Flight 493, is ready and willing to take on the job but within minutes of stepping into their office, she is possessed.

A spirit has been bound to our plane of existence because of the pain it feels for a group of children in upstate New York so Tony and Cassandra fly into action and travel to the West Vale Sanitarium to investigate.

But, for Cassandra, this case is going to be like no other, as she is about to discover emotions she has never previously experienced.

The Mystery of Apartment 493 by Alan Flanagan. "We interrupt this broadcast with breaking news of a pair of deaths in Bangor early this evening.

The deceased have been named locally as Anthony Peterson and Cassandra Collins. "When Cassandra invites Tony over to see her new apartment, it's meant to be a blessed night off -- crack open a bottle of wine, reminisce about old times, make fun of Cassandra's furnishings.

But when you're the best pair of detectives in the tri-state area, mystery has a way of arriving at the door unannounced.

Soon Tony and Cassandra find themselves trapped in apartment 493, battling unspeakable horrors and a creature determined to feed on them both --and tear their sanity apart in the process. And Cassandra thought it was just the rent that was killer.

The Mystery of the Soulmates Hotel by Grace Knight. "There's a hotel in Bar Harbor that can take the faith of a pious man in a single night..." When Tony and Cassandra go undercover to investigate some suspicious goings on at a famous matchmaking hotel, they think they're in for a relaxing trip to the seaside (albeit one with more roleplay than Tony would like), but when people start disappearing, and the other guests' personalities begin to change, they know they have to put a stop to it.

Just who is the officious Mrs. Hill? Where are people disappearing to? And how long can Tony and Cassandra keep lying to themselves about their true feelings? 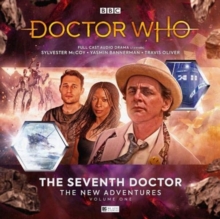 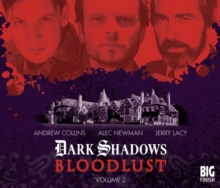 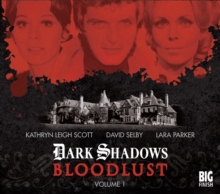