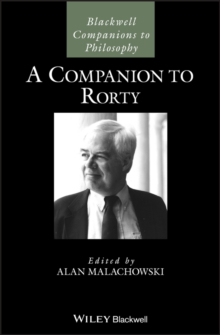 A Companion to Rorty Hardback

Part of the Blackwell Companions to Philosophy series

A groundbreaking reference work on the revolutionary philosophy and intellectual legacy of Richard Rorty A provocative and often controversial thinker, Richard Rorty and his ideas have been the subject of renewed interest to philosophers working in epistemology, metaphysics, analytic philosophy, and the history of philosophy.

Having called for philosophers to abandon representationalist accounts of knowledge and language, Rorty introduced radical and challenging concepts to modern philosophy, generating divisive debate through the new form of American pragmatism which he advocated and the renunciation of traditional epistemology which he espoused. However, while Rorty has been one of the most widely-discussed figures in modern philosophy, few volumes have dealt directly with the expansive reach of his thought or its implications for the fields of philosophy in which he worked.

The Blackwell Companion to Rorty is a collection of essays by prominent scholars which provide close, and long-overdue, examination of Rorty's groundbreaking work.

Divided into five parts, this volumecovers the major intellectual movements of Rorty's career from his early work on consciousness and transcendental arguments, to the lasting impacts of his major writings, to his approach to pragmatism and his controversial appropriations from other philosophers, and finally to his later work in culture, politics, and ethics. Offers a comprehensive, balanced, and insightful account of Rorty's approach to philosophyProvides an assessment of Rorty's more controversial thoughts and his standing as an "anti-philosopher's philosopher"Contains new and original exploration of Rorty's thinking from leading scholars and philosophersIncludes new perspectives on topics such as Rorty's influence in Central Europe Despite the relevance of Rorty's work for the wider community of philosophers and for those working in fields such as international relations, legal and political theory, sociology, and feminist studies, the secondary literature surrounding Rorty's work and legacy is limited.

A Companion to Rorty address this absence, providinga comprehensive resource for philosophers and general readers.

Also in the Blackwell Companions to Philosophy series   |  View all 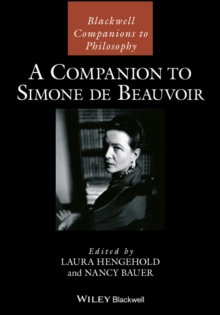 A Companion to Simone de Beauvoir

A Companion to Public Philosophy 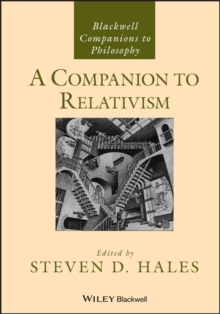 A Companion to Relativism 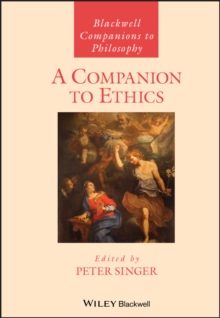 A Companion to Ethics