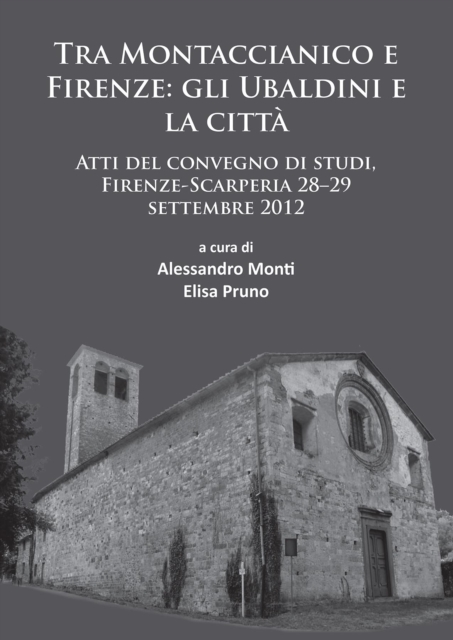 Part of the Limina/Limites: Archaeologies, histories, islands and borders in the Mediterranean (365-1556) series

The central theme The Ubaldini and the City is the classic confrontation between feudal society and a resurgent urban form as the central instrument of organisation of European society, which is crucial to the origins of Europe as we know it today.

The analysis starts from a reconstruction of the historical role played by the Ubaldini on the basis of a critical reconsideration of the available documentary evidence, and the results appear to be perfectly consistent with the general pattern for the Florentine aristocracy.

The theme is one of 'boundaries': between historical and archaeological evidence, between the late Middle Ages and the birth of modernity; it concerns space with the establishment of new 'borders' which evolve from Terra Nuova and become completely territorial.

The book takes as its subject a turning point in the history of the late Middle Ages on the threshold of the modern world: the crisis and collapse of the traditional feudal and rural world and the emergence of new territorial states based on the cities.