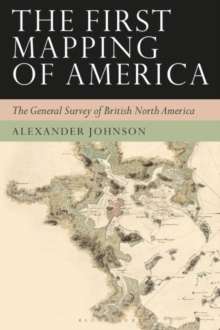 The First Mapping of America tells the story of the General Survey.

At the heart of the story lie the remarkable maps and the men who made them - the commanding and highly professional Samuel Holland, Surveyor-General in the North, and the brilliant but mercurial William Gerard De Brahm, Surveyor-General in the South. Battling both physical and political obstacles, Holland and De Brahm sought to establish their place in the firmament of the British hierarchy. Yet the reality in which they had to operate was largely controlled from afar, by Crown administrators in London and the colonies and by wealthy speculators, whose approval or opposition could make or break the best laid plans as they sought to use the Survey for their own ends.