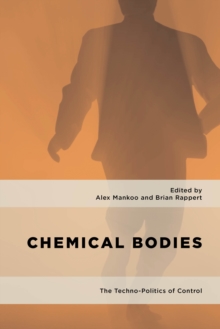 In warfare, civil unrest, and political protest, chemicals have served as means of coercion, suppression, and manipulation.

This book examines how chemical agents have been justified, utilised and resisted as means of control.

Through attending to how, when, and for whom bodies become rendered as sites of intervention, Chemical Bodies demonstrates the inter-relations between geopolitical transformations and the technological, spatial and social components of local events. The chapters draw out some of the insidious ways in which chemical technologies are damaging, and re-open discussion regarding their justification, role and regulation.

In doing so the contributors illustrate how certain instances of force gain prominence (or fade into obscurity), how some individuals speak and others get spoken for, how definitions of what counts as 'success' and 'failure' are advanced, and how the rights and wrongs of violence are contested.