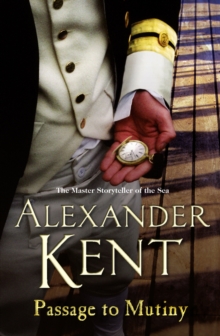 She is one of His Majesty's ships employed in policing the new southern trade routes.

Her captain is Richard Bolitho, who hopes to be ordered home to England. Instead he is despatched on a mission to the islands of the Great South Sea, where he must face hazards of fickle winds, pirates and savage islanders.

But he is menaced by deeper fears; the men of the Bounty have mutinied in these same waters; and from distant Europe comes news of a revolution in France...