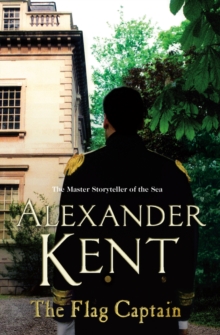 In the spring of 1797 Richard Bolitho brings the 100-gun Euryalus home to Falmouth to be flagship of the hastily formed squadron which has been chosen to make the first British re-entry to the Mediterranean for nearly a year.

As flag captain, Bolitho is made to contend with the unyielding attitudes of his new admiral, as well as the devious requirements of the squadron's civilian advisor. England is still stunned by the naval mutiny at Spithead, in which Bolitho's admiral was personally involved, and as the squadron sets sail the air is already alive with rumour of an even greater uprising in the ships at the Nore.

Only when the squadron is drawn to a bloody embrace with the enemy does the admiral see the strength in Bolitho's trust and care for his men - but by then it is almost too late for any of them.