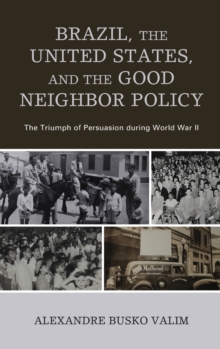 Brazil, the United States, and the Good Neighbor Policy : The Triumph of Persuasion during World War II Hardback

In doing so, Valim demonstrates the modus operandi of media imperialism: its mapping strategies and control of the market, its actions, and its objectives of domination.

When thinking about the place of images as a means of convincing and imposing an ideological project, the author notes the methods necessary to examine this relationship between art and politics, a problem that is central in the contemporary world. 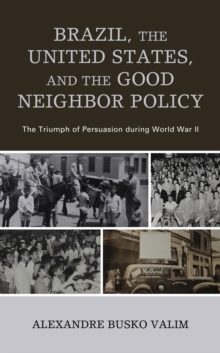 Brazil, the United States, and the Good...