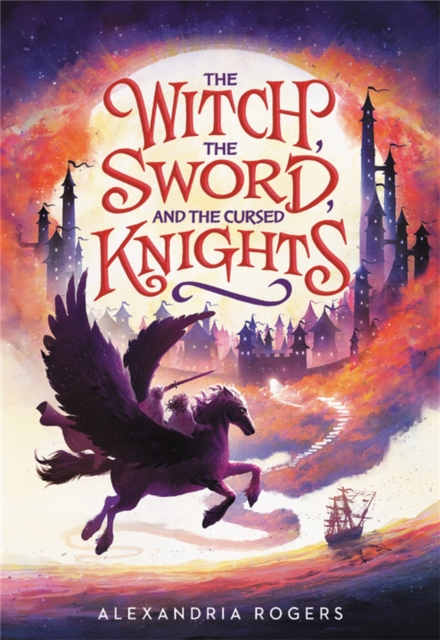 The Witch, The Sword, and the Cursed Knights Hardback

Twelve-year-old Ellie can't help that she's a witch, the most hated member of society.

Determined to prove her worth and eschew her heritage, Ellie applies to the Fairy Godmother Academy-her golden ticket to societal acceptance.

But Ellie's dreams are squashed when she receives the dreaded draft letter to serve as a knight of King Arthur's legendary Round Table.

She can get out of the draft-but only if she saves a lost cause. Enter Caedmon, a boy from Wisconsin struggling with the death of his best friend.

But when Merlin's ancient magic foretells his family's death if he doesn't follow through, he travels to the knights' castle, where he learns of a wicked curse leeching the knights of their power.

To break the curse, Ellie and Caedmon must pass a series of deathly trials and reforge the lost, shattered sword of Excalibur. And unless Ellie accepts her witch magic and Caedmon rises to become the knight he's meant to be, they will both fail-and the world will fall to the same darkness that brought King Arthur and Camelot to ruin.