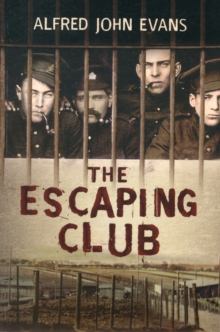 On 16 July 1916, while over enemy territory, his engine failed and he crash-landed his machine.

He was sent to Gutersloh, and then to Clausthal from where he escaped, being recaptured a few days later at the Dutch border.

As a consequence of his escape attempts, he was sent to Fort 9, Ingolstadt where the Germans had collected into it all the naughty boys who had tried to escape from other camps.

There were about 150 officer prisoners of different nationalities in the place, and at least 130 of these had successfully broken out of other camps, and had only been re-caught after from three days' to three weeks' temporary freedom. At Fort 9, Ingolstadt, seventy-five per cent of the prisoners were scheming and working continually to escape again.

Escaping, and how it should be done, was the most frequent subject of conversation.

The prisoners pooled their knowledge and each man was ready to help any one who wished to escape, quite regardless of his own risk or the punishment he might bring upon himself. No one cared tuppence for court-martials, and nearly everyone in the fort had done considerable spells of solitary confinement.

In the summer of 1917 Evans finally succeeded in his escape with a fellow officer and the book describes in detail the amazing hardship and journey to freedom in Switzerland. Following recuperation and re-training he was sent to Palestine early in 1918, where again his engine failed and he was captured by the Turks.

He succeeded in escaping, but in poor physical condition he was re-captured and suffered poor treatment from the "unspeakable Turk."