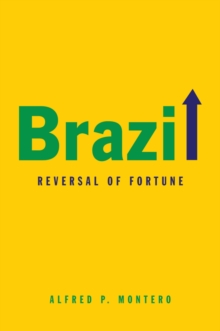 Once deemed a dysfunctional democracy with a feckless set of political institutions and a drunk economy, today s Brazil has undergone a complete reversal of fortune.

Now in its third decade of democracy, the economy is blossoming and large-scale development projects are underway, including the exploitation of massive, off-shore oil reserves, a nationwide effort to modernize infrastructure, and preparations for the hosting of the 2014 World Cup and the 2016 Olympics.

Inequality and poverty are reducing and even Brazil s political institutions are more governable and are producing a higher-quality democracy than most observers once thought possible.

Alfred P. Montero s timely and wide-ranging book explores Brazil s amazing turnaround - from improvements to the working of its political institutions and judiciary, to the renewal of economic growth, the advent of innovative social policy, and the emergence of a new foreign policy agenda.

Unpacking both overly optimistic as well as pessimistic views of Brazilian politics and development, Montero offers illuminating insights into the country s transformation and its increasing significance on the international stage.