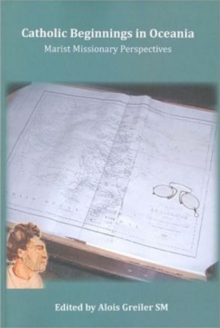 This volume deals with the founding of a missionary order in the Catholic Church, the Society of Mary, otherwise known as the Marists, a society of Priests many of whom in the early days went to the South Pacific islands.

The book, a collection of essays, unites works by acknowledged authorities in the field along with some younger researchers.

All of them open up new subjects and incorporate new research based on French sources.

Among these are valuable essays on women missionaries, the ecclesiology of the early Marist missionaries and the Marist teaching brothers.

This collection will be of interest to historians of the Pacific Islands and of nineteenth century Catholicism.