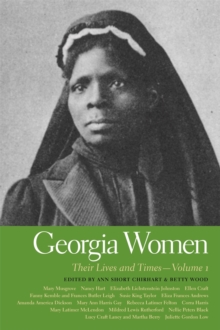 Part of the Southern Women: Their Lives and Times Series series

This first of two volumes extends from the founding of the colony of Georgia in 1733 up to the Progressive era. From the beginning, Georgia women were instrumental in shaping the state, yet most histories minimize their contributions. The essays in this volume include women of many ethnicities and classes who played an important role in Georgias history.

Though sources for understanding the lives of women in Georgia during the colonial period are scarce, the early essays profile Mary Musgrove, an important player in the relations between the Creek nation and the British Crown, and the loyalist Elizabeth Johnston, who left Georgia for Nova Scotia in 1806. Another essay examines the near-mythical quality of the American Revolution-era accounts of Georgias War Woman, Nancy Hart. The later essays are multifaceted in their examination of the way different women experienced Georgias antebellum social and political life, the tumult of the Civil War, and the lingering consequences of both the conflict itself and Emancipation. After the war, both necessity and opportunity changed womens lives, as educated white women like Eliza Andrews established or taught in schools and as African American women like Lucy Craft Laney, who later founded the Haines Institute, attended school for the first time. Georgia Women also profiles reform-minded women like Mary Latimer McLendon, Rebecca Latimer Felton, Mildred Rutherford, Nellie Peters Black, and Martha Berry, who worked tirelessly for causes ranging from temperance to suffrage to education. The stories of the women portrayed in this volume provide valuable glimpses into the lives and experiences of all Georgia women during the first century and a half of the states existence.

Also in the Southern Women: Their Lives and Times Series series   |  View all 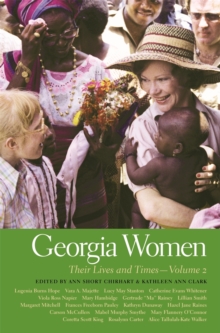 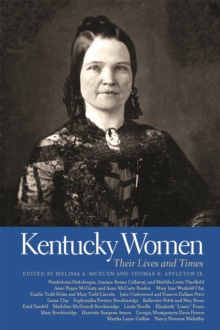 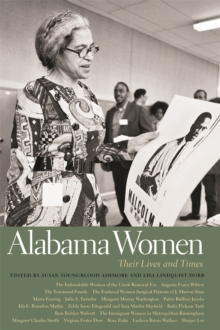 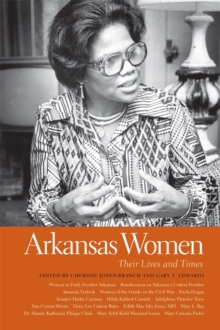