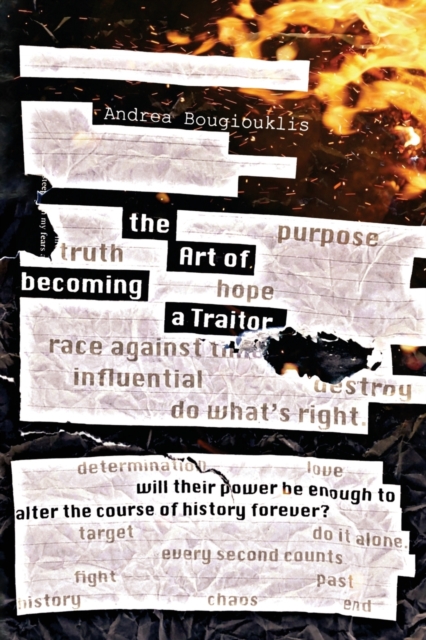 The Art of Becoming a Traitor : Will their power be enough to alter the course of history forever? Paperback / softback

Eleri is the only one with the ability to destroy the world around her... Now she needs to save it.

She had always loved being used as the weapon, being both the arrow and the target. But when Eleri learns the truth about the impact of their pasts and all the chaos that they have created, they are tasked with the impossible: to undo the damage they have caused.

Fyodor and Eleri know that they are strong and influential, but will their power be enough to alter the course of history forever?

Eleri Roman was the only one with the ability to destroy the world around her, and now she needs to save it.A young woman with a larger than life legacy and an incredible sense of self truly believed that what she was doing was right. With all of her being, she thought that she was helping to serve a long-overdue justice.

â€‹â€‹â€‹â€‹â€‹â€‹â€‹When Eleri learns that she had been used as a pawn in a larger, evil plot, she has to find it in herself to right her wrongs - even if it means going against everything and everyone she ever loved.

The war had been raging since she was a young child, and she had never thought to question it. When Eleri and her best friend Fyodor discover that their leaders have been doctoring and altering history and are planning to disintegrate an entire population, they realize that they may be the only two who can prevent this atrocity.

The pair finds an alliance with two rebellion leaders. In a race against time, power, and their own morals, they can only hope that their willpower and strength are enough to overturn a war that has already begun.