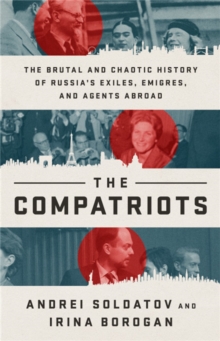 The Compatriots : The Brutal and Chaotic History of Russia's Exiles, Emigres, and Agents Abroad Hardback

From the time of the tsars to the waning days of Communist regime, Russian leaders tried to control the flow of ideas by controlling its citizens' movements.

They believed strict limits on travel combined with censorship was the best way to escape the influence of subversive Western ideologies.

Yet Russians continued to emigrate westward, both to seek new opportunities and to flee political crises at home.

Throughout the 19th and 20th centuries, Russians' presence in Western countries - particularly the United States - has been for the Kremlin both the biggest threat and the biggest opportunity. It sought for years to use the Russian emigre community to achieve Russia's goals - espionage to be sure but also to influence policies and public opinion.

Russia's exiles are a potent mix of the very rich and the very driven, some deeply hostile to their homeland and others deeply patriotic.

Russia, a vast, insular nation, depends on its emigres - but it cannot always count on them. Celebrated Moscow-based journalists Andrei Soldatov and Irina Borogan masterfully look at the complex, ever-shifting role of Russian emigres since the October Revolution to the present day.

From comely secret agents to tragically doomed dissidents, the story of Russian emigres is at times thrilling, at times touching and always full of intrigue.

But their influence and importance is an invaluable angle through which to understand Russia in the modern world. 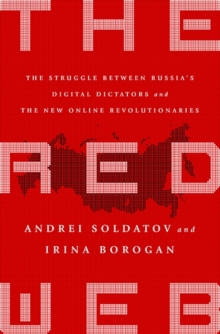