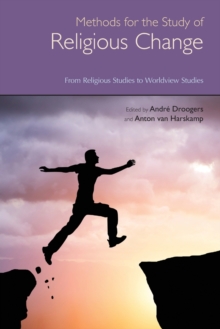 Methods for the Study of Religious Change : From Religious Studies to Worldview Studies Paperback / softback

The world of religious experience is changing much faster than the discipline which claims to study it.

Methods for the Study of Religious Change aims to redefine the study of religion as the study of worldviews, of ideas which are active in shaping the world.

It argues that the study of religion should focus on people's worldview-making capacities and should contribute to the critical analysis of global problems and the promotion of cultural and spiritual respect across religions.

Survey chapters on theory and method outline this new approach while case-study chapters illustrate these ideas with innovative ethnographies of ritual, experience, language, morals and identity.