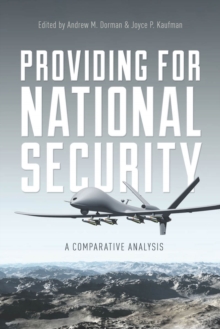 Providing for National Security: A Comparative Analysis argues that the provision of national security has changed in the 21st century as a result of a variety of different pressures and threats.

In this timely volume experts from both the academic and policy worlds present 13 different country case studies drawn from across the globe-including established and newer states, large and smaller states, those on the rise and those in apparent decline-to identify what these key players consider to be their national security priorities, how they go about providing national security, how they manage national security, and what role they see for their armed forces now and in the future.

The book concludes that relative standing and the balance of power remains important to each state, and that all see an important role for armed forces in the future.