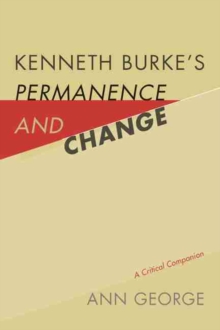 Part of the Studies in Rhetoric/Communication series

A guide to and analysis of a seminal book's key concepts and methodology. Since its publication in 1935, Kenneth Burke's Permanence and Change, a text that can serve as an introduction to all his theories, has become a landmark of rhetorical theory.

Using new archival sources and contextualizing Burke in the past and present, Ann George offers the first sustained exploration of this work and seeks to clarify the challenging book for both amateurs and scholars of rhetoric. This companion to Permanence and Change explains Burke's theories through analysis of key concepts and methodology, demonstrating how, for Burke, all language and therefore all culture is persuasive by nature.

Positioning Burke's book as a pioneering volume of New Rhetoric, George presents it as an argument against systemic violence, positivism, and moral relativism.

Permanence and Change has become the focus of much current rhetorical study, but George introduces Burke's previously unavailable outlines and notes, as well as four drafts of the volume, to investigate his work more deeply than ever before.

Through further illumination of the book's development, publication, and reception, George reveals Burke as a public intellectual and critical educator, rather than the eccentric, aloof genius earlier scholars imagined him to be. George argues that Burke was not ahead of his time, but rather deeply engaged with societal issues of the era.

She redefines Burke's mission as one of civic engagement, to convey the ethics and rhetorical practices necessary to build communities interested in democracy and human welfare-lessons that George argues are as needed today as they were in the 1930s. 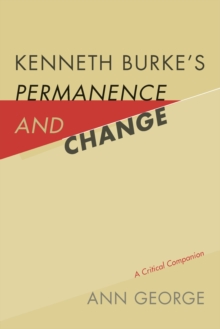 Also in the Studies in Rhetoric/Communication series   |  View all 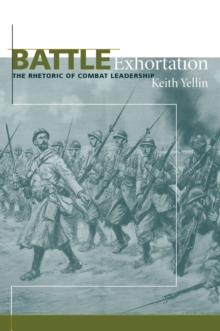 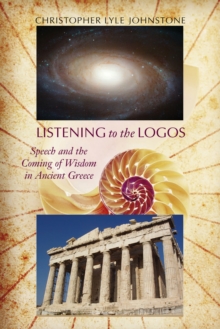 Listening to the Logos 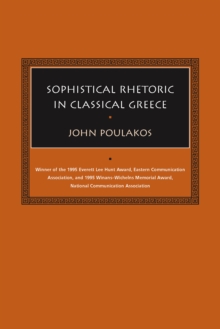