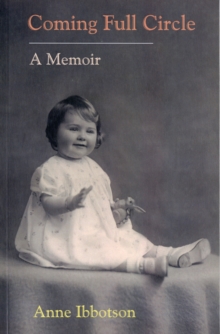 Anne Ibbotson's Coming Slowly delighted readers with the story of her years in Greece and now she remembers her earlier life in Britain in Coming Full Circle. Anne was born in London but was adopted when she was five months old and grew up in a small village in the Peak District of Derbyshire where she was the only child of the local postmaster and his wife. In many ways it was an idyllic childhood, but she was spirited and longed to see the wider world.

At nineteen, she journeyed to London to train as a teacher but once there devoted most of her time and energy trying to gain a foothold in the professional theatre.

After a succession of temporary jobs, she went to Paris for a weekend but stayed for nearly a year.

When Anne returned to Britain, she made her theatrical debut as the back legs of a pantomime cow with the Barrow in Furness Repertory Company and then went on to spend most of her working life in theatre and television. There she met many good and fascinating people - and a few who were neither; there were those who were rich and famous too and sometimes she thought herself to be one of the luckiest people around - but throughout it all she never quite stopped wondering who she really was. It was in Greece, where she was directing the Greek version of Spitting Image for TV, that a chance conversation in a taverna one night with a stranger led to life stories being exchanged.

As the taverna closed around them and the stranger stood to walk out of her life forever, he said to her, 'You must write a book about it all.' Her fascinating story is here in Coming Full Circle - A Memoir. 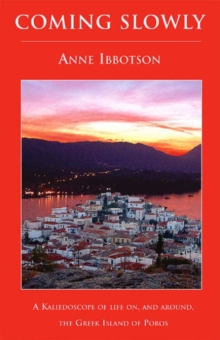