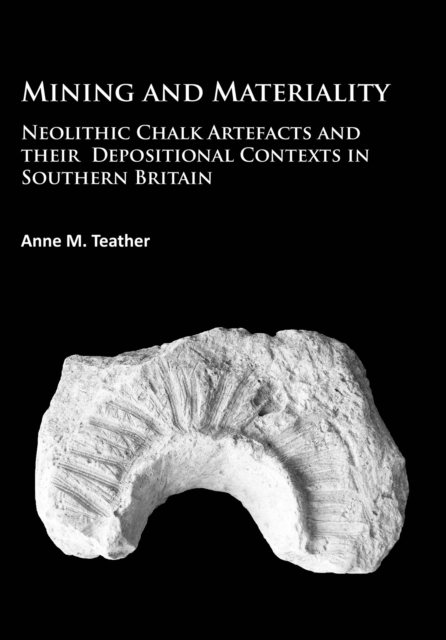 In this book Anne Teather develops a new approach to understanding the Neolithic flint mines of southern Britain.

These mines include some of the earliest - and also some of the largest - monumental constructions that transformed the landscape of Britain during the period of social change that accompanied the transition from foraging to farming 6000 years ago.

Yet the sophisticated architecture of these mines and the unique deposits that they contained have received relatively little attention from archaeologists.

This book draws together the results of an extensive analysis of archival records and material to illustrate how these mines and the activities that took place in them can be seen as integral to Neolithic life. Previous studies of the flint mines have focused on the functional demands of flint extraction and the ways in which the raw flint material was distributed and processed into tools such as axes.

Yet there is compelling evidence that the voids - shafts and galleries created through the process of flint extraction - were not merely the abandoned features of flint exploitation but instead should be seen as dynamic and monumental architectural spaces where creative and meaningful social actions took place.

This interpretation is evidenced through the recognition of repeated motifs of chalk art inscribed on the walls of the mines and in the deliberate placement and deposition of artefacts.

These artefacts include both naturalistic and abstract forms made of chalk, items that have not previously been recognised as a cohesive class of material. The book draws together for the first time a comprehensive typology, chronology and classification system for prehistoric chalk artefacts.

The concept of artefact is broadened to include natural materials whose selection and placement in specific archaeological contexts is pivotal in understanding depositional complexity and the symbolic meaning conveyed by elements of the natural world.