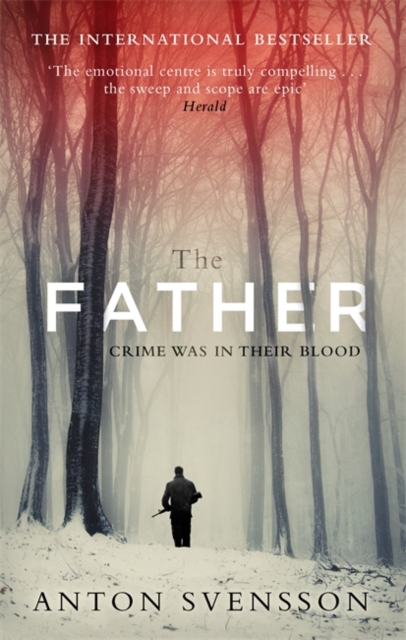 Part of the Made in Sweden series

'A powerful real-life story'GuardianAn epic crime thriller for fans of Jo Nesbo, The Father is inspired by the extraordinary true story of three brothers who became Sweden's most successful criminals - written by their real brother. None had committed a crime before. All were under 24 years old. All of them would be changed forever. In this intoxicating, heartbreaking thriller, the real-life fourth brother, who was not involved in the real robberies, tells of three boys who grew from innocent children to become public enemy number one - and of the man who made them that way. 'Unique and stunning. One of the most powerful novels you'll read this year'Stephen Booth'The emotional centre of the story is truly compelling . . . the sweep and scope are epic'Herald'Superior. . . builds to a breathless climax'Sun'A deep, clean cut into the body of fathers, sons, loyalty and family'Sainsburys Magazine'Will delight fans of Nordic Noir'Crime Fiction Lover'Mind boggling and captivating'The Crime Warp'An incredible story'Crime Time'Incredibly efficient and easy to read . . . gripping and thrilling'Helsingborgs Dagblad, Sweden'An unbelievably exciting and authentic story. . . One of the year's best crime stories'OEstran, Sweden'An insider story that beats any action film'Aftonbladet, Sweden'A remarkable blend of fact and fiction'Skanska Dagbladet, Sweden'Many of the scenes stick with you'Expressen, Sweden'A powerful and riveting reading experience'Deckarbloggen, Sweden'One of the summer's best thrillers'Cafe, Sweden'The action in The Father is captivating.

It holds us in suspense from the first page to the last'LitteraturMagazinet, Sweden'I have a soft spot not only for suspense novels, but also for coming-of-age stories; here, I get both!'Bokbabbel, Sweden'The craftsmanship in this novel is first-class.

It is both exciting and dramatic in an almost cinematic way'Gefle Dagblad, Sweden'It is hard to put The Father down for more than the briefest moment.

It is an empathetic story that vividly portrays perpetrators, victims and police'Upsala Nya Tidning, Sweden'It is captivating to read about the inner workings of a gang of robbers'Boras Tidning, Sweden'A very clever suspense novel, a classic story of crime and punishment that is simultaneously a gripping family drama with a genuinely painful element'BTJ, Sweden'The Father is more than a traditional suspense novel.

It is also a story of exclusion, a fractured family, an unfamiliar Sweden and a kind of honour culture.

This is why it is so totally relevant to us'Mariestads-Tidningen, Sweden'The Father isn't just exciting - it also gives a sincere picture of a home that is a far cry from that of your average Joe'OElandsbladet, Sweden'A thrilling novel that becomes something much more than a book you can't put down'Tara, Sweden'A flawlessly constructed thriller'Femina, Sweden'The Father is thoroughly exciting from the first line to the last.

Seductively well-written'Kristianstadsbladet, Sweden'A gripping coming-of-age story, flush with exciting scenes and the psychological battle between father and son'Falu-Kuriren, Sweden'The Father is a novel where we know already from the beginning how it will all end, but the way there is worth our while'Aftonbladet, Sweden'A book that seems infallible: bring on the cartloads of stars, the stellar reviews and the millions of readers'de Volkskrant, Netherlands'The Father is a book that will elicit a lot of response, a must-read for every crime lover.

Even more exciting are the robberies themselves'VN Thriller & Detective Guide, Netherlands'Never before have I read a book that so successfully explains how people can end up as criminals'Het Nieuwsblad, Netherlands'The Father provides an intriguing insight in the criminal life'De Telegraaf, Netherlands'The Father is a technically wonderful novel crafted with breathtaking cleverness' Corriere della Sera, Italy'Totally crazy, totally reckless and totally brilliant: a well-researched fictional reality of a book ... the best crime thriller of the year so far'Nordjyske Stiftstidende, Denmark'The structure is strictly cinematic: well-formed scenes with sharp dialogue and seamless progress, making reading a pleasure.

The Father is a world-class piece of fiction'Fredericia Dagblad, Denmark'[An] action-packed page turner - not for the faint of heart'Elle, Germany

Also by Anton Svensson  |  View all 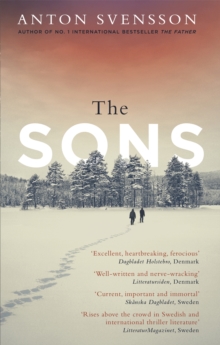 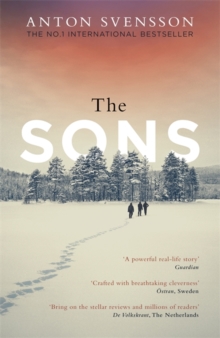 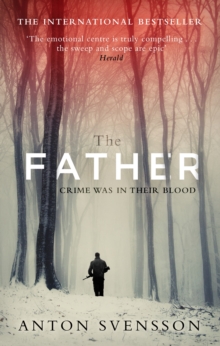 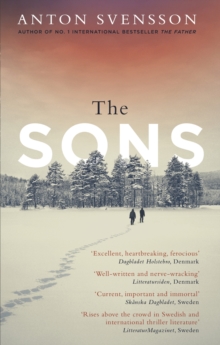 Also in the Made in Sweden series  |  View all