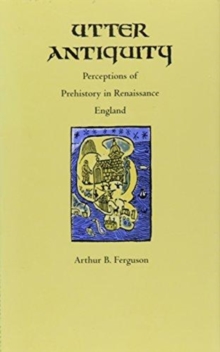 by Arthur B. Ferguson

Part of the Duke Monographs in Medieval and Renaissance Studies series

Historians know a great deal about how English thinkers of the sixteenth and seventeenth centuries saw the "documentable" past, but relatively little about how they perceived times stretching back beyond history.

Arthur B. Ferguson shows in this elegant essay that prehistory had great meaning in Renaissance England.

Commentators of various sorts-from poets to antiquaries-looked to the most distant past for the vanishing point that would perfect their historical perspective and orient them in an age of increasing change.

In this pursuit they had often to let imagination serve the purposes of interpretation.

Though largely speculative, their efforts reveal much about the intellectual life of Renaissance England. Since the Bible left little room for speculation on prehistory-in fact no room at all for the concept itself-Utter Antiquity concentrates on myth and legend outside of the biblical context and on those who conjured prehistory out of these sources.

A subtle conflict between belief and skepticism emerges from these pages, as Ferguson reveals how some Renaissance writers struggled with ancient explanations that flouted reason and experience, while others sidestepped such doubts by relating prehistory to man's social evolution.

By isolating and analyzing topics such as skepticism, rationalism, and poetic history, Ferguson illuminates the development of historical consciousness in early modern England.

His accessible and eloquent study contributes significantly to an understanding of the Renaissance mind and intellectual history in general. 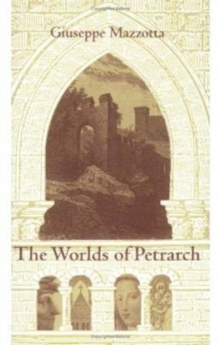 The Worlds of Petrarch

The Worlds of Petrarch

Al-Ghazali and the Asharite School 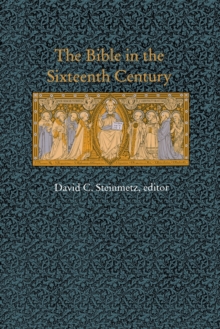 The Bible in the Sixteenth Century