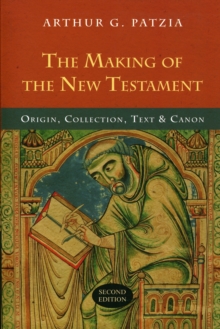 The Making of the New Testament : Origin, Collection, Text and Canon Paperback / softback

The story of the making of the New Testament is one in which scrolls bumped across cobbled Roman roads and pitched through rolling Mediterranean seas, finally finding their destinations in stuffy, dimly lit Christian house churches in Corinth or Colossae.

There they were read aloud and reread, handled and copied, forwarded and collected, studied and treasured. And eventually they were brought together to make up our New Testament.

Like shrewd detectives reading subtle whispers of evidence, biblical scholars have studied the trail of clues and pieced together the story of these books.

Arthur Patzia tells the story, answering our many questions: How were books and documents produced in the first century?

What motivated the early Christians to commit teaching and narrative and vision to papyrus?

How were the stories and sayings of Jesus circulated, handed down and shaped into Gospels?

What do we know about ancient letter writing, secretaries and "copy shops"?

Why were four Gospels included instead of just one? How were Paul's letters, sent here and there, gathered into a single collection?

Who decided--and by what criteria--which documents would be included in the New Testament?

Explore these questions and more about these Scriptures whose everyday, gritty story rings true to their extraordinary message: the palpable mystery of the Word made flesh. 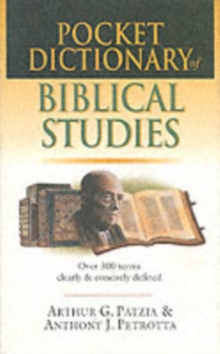 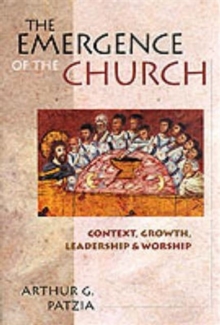 The Emergence of the Church