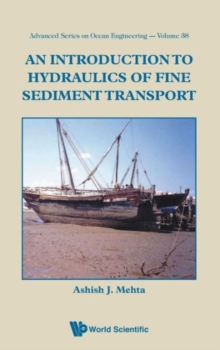 Introduction To Hydraulics Of Fine Sediment Transport, An Hardback

Part of the Advanced Series On Ocean Engineering series

This book presents observations on the phenomena of fine sediment transport and their explanations under process-related divisions such as flocculation, erosion, and deposition.The text is a compilation of the author's lecture notes from nearly four decades of teaching and guiding graduate students in civil and coastal engineering.

Illustrations of fine sediment transport processes and their complexities given in the book are taken from field and laboratory-based observations by the author and his students, as well as numerous investigators.The wide-ranging composition of particles (of inorganic and organic matter), their universal presence and their complex interactions with hydraulic forces make this branch of science a difficult one to deal with in a single treatise.

It is therefore essential to study fine sediment transport as an independent subject rather than cover it in no more than a single chapter as many texts on coarse sediment transport have done.Even though the entire coverage is "introductory", the twelve chapters collectively include more material than what can be reasonably dealt with in a one semester, three-credit course.The book includes an extensive description of the components of fine-grained - especially cohesive - sediment transport.

It covers the development of the subject in scientific and engineering applications mainly from the 1950s to its present state.

Solved examples and chapter-end exercises are also included.This text is aimed at senior civil engineering undergraduates and graduate students who, in the normal course of their study, seldom come across the subject of fine sediment transport in their curricula.

Interested students should have a basic understanding of the mechanics of fluid flow and open channel hydraulics.

Also in the Advanced Series On Ocean Engineering series   |  View all

Introduction To Coastal Engineering And...

Introduction To Coastal Engineering And... 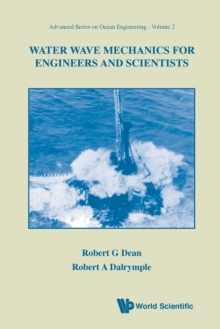 Water Wave Mechanics For Engineers And...