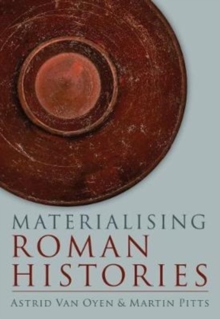 The Roman period witnessed massive changes in the human-material environment, from monumentalised cityscapes to standardised low-value artefacts like pottery.

This book explores new perspectives to understand this Roman `object boom' and its impact on Roman history.

In particular, the book's international contributors question the traditional dominance of `representation' in Roman archaeology, whereby objects have come to stand for social phenomena such as status, facets of group identity, or notions like Romanisation and economic growth.

Drawing upon the recent material turn in anthropology and related disciplines, the essays in this volume examine what it means to materialise Roman history, focusing on the question of what objects do in history, rather than what they represent.

In challenging the dominance of representation, and exploring themes such as the impact of standardisation and the role of material agency, Materialising Roman History is essential reading for anyone studying material culture from the Roman world (and beyond). 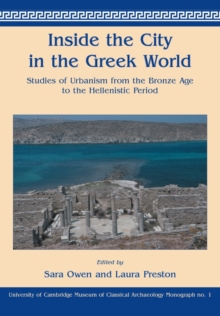 Inside the City in the Greek World

Archaeological Survey and the City