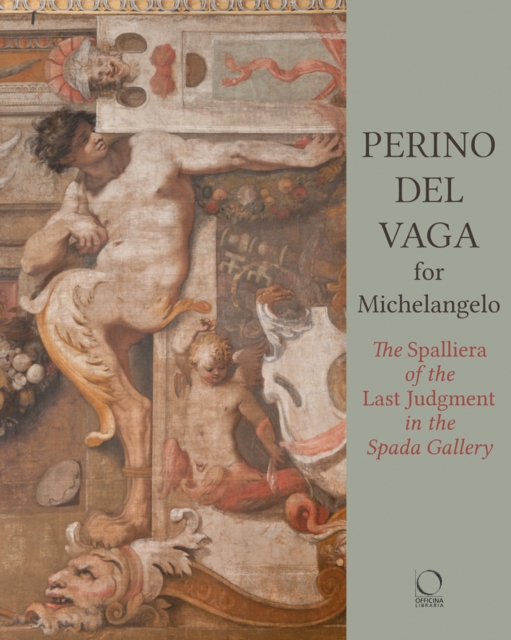 Perino del Vaga for Michelangelo : The Spalliera of the Last Judgment in the Spada Gallery Paperback / softback

In 1542 Pope Paolo III Farnese, with the approval of Michelangelo, commissioned to Perino del Vaga (1501-1547) a tapestry basement for the Last Judgement in the Sistine Chapel (Vatican). The Spalliera was never completed, but its model, painted on canvas, was later acquired by cardinal Bernardino Spada to be placed in his roman palace (now Galleria Spada), where it was used in radically different fashion as a frieze, completed with parts by other artists. The book is the first in-depth study of this work and of its significance in Perino's artistic career, marked by an intense dialogue with Michelangelo's art.

It also explores the importance attributed by Michelangelo to decoration, apparently antithetical to the heroic dimension for which he is celebratedThe reception of the Spalliera by different artists is studied through a group of drawings deriving from it and lasting until the baroque age, as attested by Rubens.