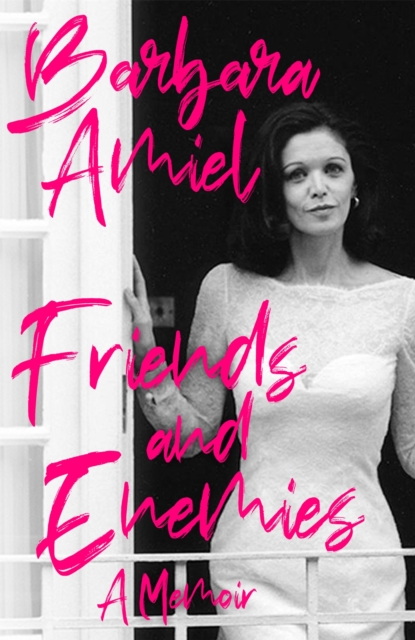 Friends and Enemies : A Memoir Hardback

Included in The Times and Daily Telegraph Book of the Year round-ups'Friends and Enemies is an extraordinary read showing unflinching candour from a truly remarkable woman' Elton John 'Blistering . . . shockingly candid . . . stiletto-sharp memoir of the year' Daily Mail'Magnetic and magnificent . . . Amiel is superb, furious and, best of all, funny. Say what you like about her - and many have - but the Black Lady can write' The TimesBarbara Amiel's long-awaited memoir is shockingly honest, richly detailed and pulls few punches.

An instinctive feminist and now a foe of feminism's political correctness, her own memoirs cover a formidable array of experiences - political, sexual, marital and material.

Born in London during the Blitz, the only consistent strain in her early life was a fierce belief in her identity as a Jew even as the Jewish community disowned her and an unquestioned view that women were free to do anything in any arena they chose without any need to win society's approval.

Which she very often did not. Her rise to the senior rungs of journalism began in Canada after the emigration of her family and continued in the United Kingdom on her return.

With four marriages and an assorted number of beaus, some famous, some infamous (some rather young, some rather elderly), she moved through different worlds encountering problems made more intractable on occasion by her own faulty choices.

It is a measure of her writing skill that she held down plum jobs for many decades in Canadian and British journalism as well as appearances in U.S. publications ranging from the Wall Street Journal to Vogue. As a writer of unabashedly libertarian views, she was derided as much for her wardrobe as for her ideas.

Pilloried for years in books and television and called every conceivable name by the media, she is philosophical. 'I love fashion, sex and opera,' she once told an interviewer, 'but life would have been easier if my passions had been for train-spotting and stamp collecting.'Her life has an operatic quality with a wildly diverse cast including Elton John, Henry Kissinger, Anna Wintour, Oscar de la Renta, Princess Diana, Tom Stoppard, Brooke Astor, Ghislaine Maxwell, Ronald Harwood, David Frost and an array of the aristocrats of Manhattan and the stately homes of England.

All handled, she writes 'with my fatal combination of naivete and self-absorption'.

The epic battle with the U.S. justice system leading to the trial and imprisonment of her husband Conrad Black (eventually substantially vindicated) became a litmus paper for sorting out friends from those who were quick to judge and brutal in their dismissal. Friends and Enemies is not a book of vengeance but an attempt to find her own truth: a life that reads like a novel, eloquent, surprising, written with deeply personal candour and utterly un-put-downable. 'This is undoubtedly the autobiography of the decade.

Barbara Amiel's searing - and sometimes brutal - honesty, both about herself and others, leaves the reader staggered . . . No-one expected a discreet memoir from Barbara Amiel, but few could possibly have imagined that it would be quite this powerfully, dangerously, profoundly self-revelatory' Andrew Roberts 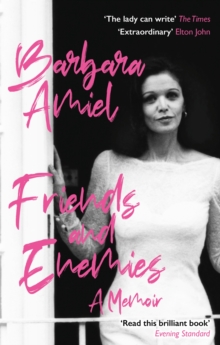 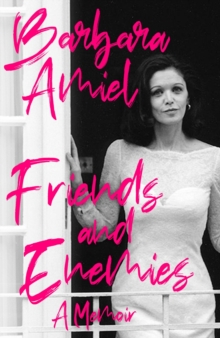