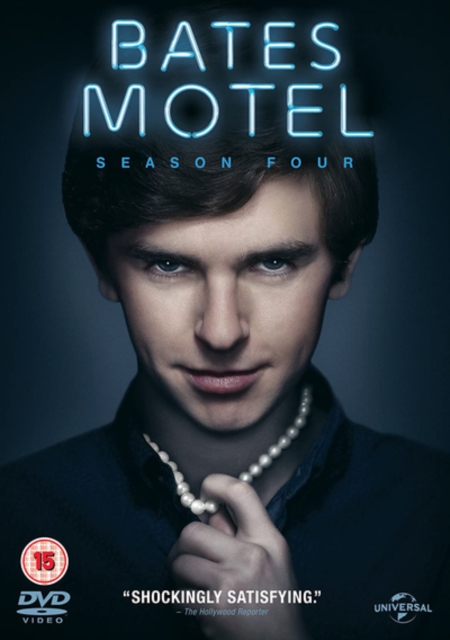 All ten episodes from the fourth season of the mystery thriller series starring Vera Farmiga and Freddie Highmore.

Living in White Pine Bay, Oregon, the pair run a motel business on the Pacific coast.

The mother-son relationship is something of a community concern, but Norman and Norma are both aware that White Pine Bay's citizens have many secrets of their own.

In this season, Norman uncovers some painful truths during therapy, while Norma becomes increasingly fearful of her son's fragile psyche.

The episodes are: 'A Danger to Himself and Others', 'Goodnight, Mother', ''Til Death Do You Part', 'Lights of Winter', 'Refraction', 'The Vault', 'There's No Place Like Home', 'Unfaithful', 'Forever' and 'Norman'.