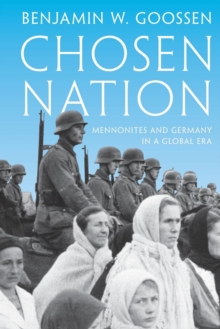 During the nineteenth and twentieth centuries, the global Mennonite church developed an uneasy relationship with Germany.

Despite the religion's origins in the Swiss and Dutch Reformation, as well as its longstanding pacifism, tens of thousands of members embraced militarist German nationalism.

Chosen Nation is a sweeping history of this encounter and the debates it sparked among parliaments, dictatorships, and congregations across Eurasia and the Americas. Offering a multifaceted perspective on nationalism's emergence in Europe and around the world, Benjamin Goossen demonstrates how Mennonites' nationalization reflected and reshaped their faith convictions.

Individuals might claim to be German at one moment but Mennonite the next.

Some external parties encouraged separatism, as when the Weimar Republic helped establish an autonomous "Mennonite State" in Latin America.

Whether choosing Germany as a national homeland or identifying as a chosen people, called and elected by God, Mennonites committed to collective action in ways that were intricate, fluid, and always surprising. The first book to place Christianity and diaspora at the heart of nationality studies, Chosen Nation illuminates the rising religious nationalism of our own age. 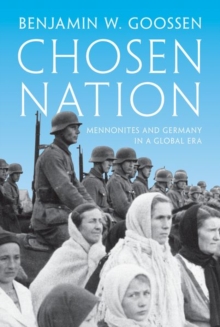 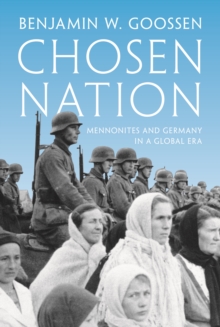