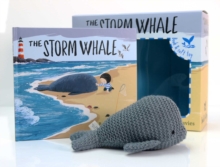 This stunning set is the perfect gift for fans of Benji Davies and The Storm Whale, featuring a hardback edition of the bestselling, award-winning picture book and a gorgeous soft toy. Enjoy the story, then recreate Noi's adventure with your very own knitted whale, perfect for cuddling at bedtime. Noi and his father live in a house by the sea, his father works hard as a fisherman and Noi often has only their six cats for company.

So when, one day, he finds a baby whale washed up on the beach after a storm, Noi is excited and takes it home to care for it.

He tries to keep his new friend a secret, but but there's only so long you can keep a whale in the bath without your dad finding out.

Noi is eventually persuaded that the whale has to go back to the sea where it belongs.

For Noi, even though he can't keep it, the arrival of the whale changes his life for the better - the perfect gift from one friend to another. The Storm Whale won the 2014 inaugural Oscar's First Book Prize, in association with the Evening Standard. 'A future classic and a must have for the discerning picture book fan' The Booksniffer 'The Storm Whale is an evocative portrayal of a child's need for friendship, told through the sparest of text and imagery in this beautiful picture book' The ReadingZone 'The Storm Whale is one of those rare picture books that evokes loneliness with such fragility, and that conveys such feeling and beauty that it cannot fail to move its readers... an absolute gem, do not miss out' Library Mice

Also by BENJI DAVIES   |  View all 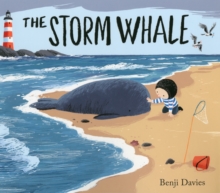 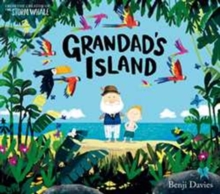 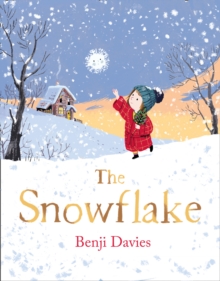 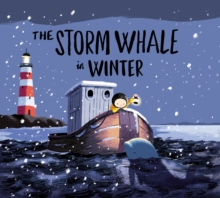