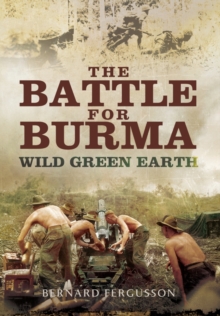 Bernard Fergusson was one of Orde Wingate's Column Commanders in the heroic but battered Chindit expedition behind Japanese lines in Burma in 1943.

By 1944 Wingate had persuaded Churchill and Roosevelt that a bigger force, on the same unorthodox lines, could make a strategic difference.

Aged 32, Fergusson returned to Burma as part of this, as a Brigadier, leading the only Brigade in the new force which entered Burma on foot.

It was one of four Brigades which established well-defended strongholds within Japanese-occupied Burma.

Fergusson also reflects candidly, and often humorously, on different aspects of the campaign.

These include the ingenuity and sheer courage of the US Army Air Force pilots who flew in supplies and evacuated wounded.

One glider pilot whom Fergusson saw making a particularly bad landing turned out to be Jackie Coogan, child star of Chaplin's The Kid, and later known as Uncle Fenster of the Addams Family.In apparently light hearted, but often profound sections, he analyses the management of a large and diverse force, up against physical extremes far from normal amenities and command structures; the importance of maintaining morale and of medical management; and, not least, an immediate portrait of Wingate himself, whose death at a crucial stage of the campaign - and the conflicting or at least confusing orders he left behind - directly affected Fergusson's men and the fate of the campaign. "The Wild Green Earth" follows the author's account of the 1943 campaign, Beyond the Chindwin.

Both were written with the events, and reactions - even the smells - fresh in the author's mind, and vividly but sensitively conveyed.

The excitement of the narrative remains today. And the reflections are timeless, fascinating for those with an interest in leadership and motivation as much as for readers of military history. 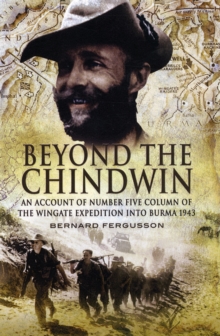