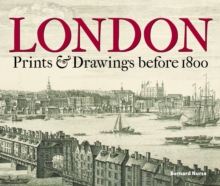 By the end of the eighteenth century London was the second largest city in the world, its relentless growth fuelled by Britain's expanding empire.

Before the age of photography, the most widely used means of creating a visual record of the changing capital was through engravings and drawings, and those that survive today are invaluable in showing us what the capital was like in the century leading up to the Industrial Revolution. This book contains over one hundred images of the Greater London area before 1800 from maps, drawings, manuscripts, printed books and engravings, all from the Gough Collection at the Bodleian Library.

Examples are drawn from the present Greater London to contrast town and countryside at the time.

Panoramas of the river Thames were popular illustrations of the day, and the extraordinarily detailed engravings made by the Buck brothers are reproduced here.

The construction, and destruction, of landmark bridges across the river are also shown in contemporary engravings. Prints made of London before and after the Great Fire show how artists and engravers responded to contemporary events such as executions, riots, fires and even the effects of a tornado.

They also recorded public spectacles, creating beautiful images of firework displays and frost fairs on the river Thames. This book presents rare material from the most extensive collection on British topography assembled in this period by a private collector, providing a fascinating insight into life in Georgian London. 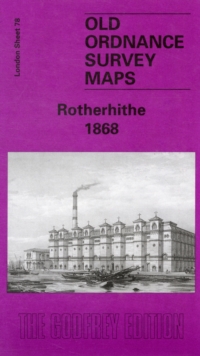