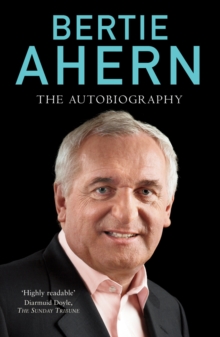 A working class boy responsible for the Celtic Tiger.

The man of faith who ushered in progressive, cosmopolitan secular Ireland.

An ardent nationalist admired by European leaders. 'I know 25 per cent of Bertie Ahern', said his finance minister, Charlie McCreevy, 'and that's 24 per cent more than anyone else.'Now in this frank and revealing autobiography, Ahern gives his own account of a remarkable political life and the personal story that accompanies it. He shows the cost to his family of a life played out in the public eye and, for the first time, discloses what really happened in his final weeks in power. Here for the first time is the truth behind the man who is Bertie. Ahern has been at the cutting edge of Irish politics for over three decades.

He was first elected to Dail Eireann in the Fianna Fail landslide victory in 1977 that saw Jack Lynch returned as Taoiseach.

In volatile political times, he strongly supported Haughey during three challenges to his leadership of Fianna Fail. In 1987, Bertie Ahern received his first cabinet portfolio as Minister for Labour.

It was a time when the Irish economy was in crisis. Ireland had a higher debt per head than Ethiopia or Sudan.

Unemployment stood at 16%. Ahern negotiated Ireland's first social partnership agreement, which underpinned economic recovery and put in place the foundations for a period of sustained growth.

In 1991, he was appointed Minister for Finance. International commentators first began to refer to 'Ireland's Tiger economy' in this period.

When Bertie Ahern left the Department of Finance in late 1994, for the first time in almost 30 years, Ireland had a budget surplus. Bertie Ahern succeeded Albert Reynolds as leader of Fianna Fail in November 1994.

Following the General Election in 1997, he became Ireland's youngest ever Taoiseach.

The Ahern Era was a time of unprecedented progress in Irish society.

Over the course of his tenure in office, Ireland's economy out-performed that of every other European country.

For the first time ever, the number of people in employment in the State reached 2 million. Working closely with Bill Clinton and Tony Blair, Ahern won widespread acclaim for his perseverance and skill in negotiating the Good Friday Agreement, which has provided the political framework for a lasting peace in Northern Ireland. On the international stage, he was a respected figure who enjoyed an acclaimed Presidency of the European Council in 2004.

He presided over the completion of the largest ever expansion of the EU and concluded negotiations on a European constitution.

He is one of only five visiting statesmen to have addressed both the United States Congress and the Houses of Parliament in Westminster. At home, Ahern enjoyed phenomenal electoral support.

He was the first Taoiseach since 1944 to win three successive General Elections. Bertie Ahern resigned on 6th May, 2008. He had served for ten years, ten months and ten days as Taoiseach. 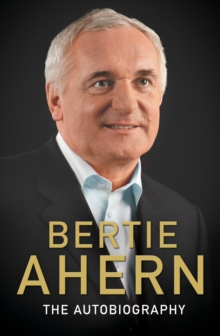