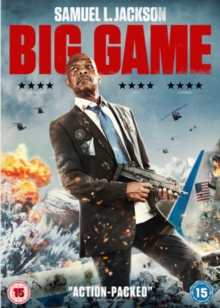 Finland-set action adventure starring Samuel L. Jackson. When Air Force One is targeted by terrorists and shot out of the sky en route to a conference, the President of the United States (Jackson) crash lands in the middle of the Finnish wilderness.

His escape pod is discovered by 13-year-old native Oskari (Onni Tommila), who is tracking a deer to take home as part of a coming-of-age ritual to mark his passage into manhood.

Still pursued by his would-be assassins, the most powerful man in the world is forced to rely on the survival skills and bow and arrows of the young woodsman to escape his hunters.