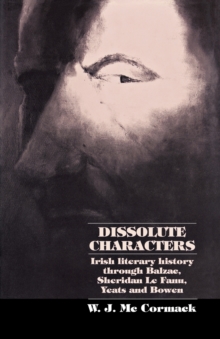 Irish literature in English commands world-wide respect, but it is rarely discussed in a comparative light.

This study of the making and unmaking of character commences with Balzac's impact on nineteenth-century Irish fiction.

Sheridan Le Fanu links Balzac and Swedenborg to Yeats, and anticipates Elizabeth Bowen's deployment of ghost story conventions in the 1940s. Through painterly imagery, biblical quotation and the distortion of proper names, Le Fanu shows character to be a self-consuming project.

Yeats's Parnell emerges as a modernist gothic hero of the 1930s.

Bowen's The heat of the day anatomises the problems of identity, bequeathed by Yeats. Radically revising the idea of a gothic tradition and traversing two centuries of Irish literary history, Dissolute characters gives a fluent and detailed account of the emerging relation between Irish culture, modernism and politics. -- . 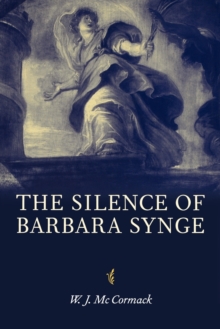 The Silence of Barbara Synge 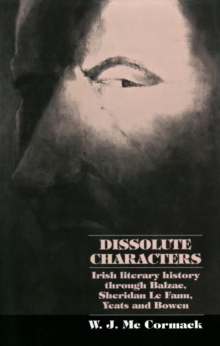