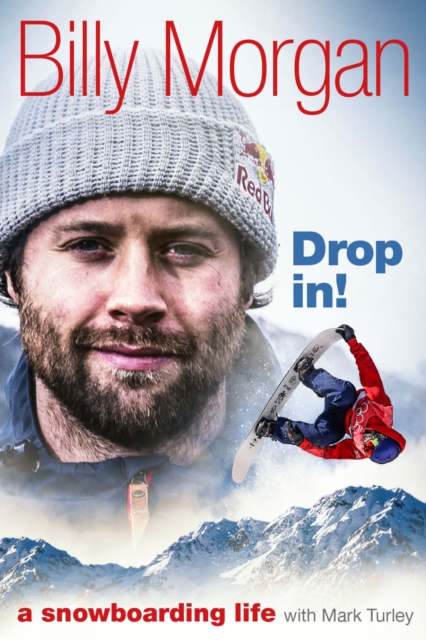 Drop In! : A Snowboarding Life Hardback

Snowboarding maverick Billy Morgan has dedicated his life to redefining what is possible.

With two world firsts to his name, he is also the first British male to win an Olympic medal on snow.

Emerging from working-class origins in Southampton, a long way off piste, Morgan came late to the traditionally bourgeois world of snowsports.

Driven by a latent love for fun, he reaches far beyond the cliches of stoner kids and street slang to explore the courage required at his sport's highest levels.

Morgan's specialist event, Big Air, involves flying off a 50-metre ramp at 70 miles per hour, spinning and twisting while airborne, then landing.

Even within the death-defying world of adventure sports, it is one of the most dangerous disciplines imaginable.

In this groundbreaking autobiography, Morgan outlines the culture, ethos and philosophy of his sport.

A sport in which one wrong move can cause life-changing injury.

A sport whose party-animal practitioners feel peculiarly attuned with nature.

Drop In! is a testament to human potential.