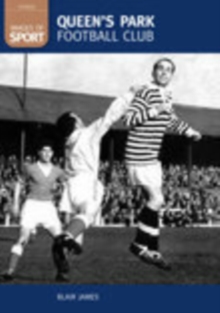 This compilation of images of Queen's Park Football Club, Scotland's oldest senior club, covers the past 140 years, from their humble beginnings on the Recreation Grounds of the south side of Glasgow to their twenty-first century home at the iconic Hampden Park, the field of dreams for all Scotland football heroes.

The club has steadfastly remained true to an amateur ethos of playing the game for the love of it, a refreshing attitude in this era of highly-paid sportsmen.

A great number of players have benefited from their time at Queen's Park - Andrew Watson, the first black Scottish international, R.S.

McAlpine, Ronnie Simpson and Ross Caven to name a few.

This selection of images will be of interest to all football enthusiasts, giving a glimpse of the men behind the beginnings of organised football and the game they have left as their legacy.