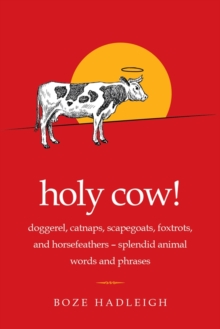 We love animals but insult humans by calling them everything from weasels or pigs to sheep, mice, chickens, sharks, snakes, and bird-brains.

Animal epithets, words, and phrases are so widespread we often take them for granted or remain ignorant of the fascinating stories and facts behind them. Spanning the entire animal kingdom, Holy Cow! explains: Why hot dogs are named after canines. Why people talk turkey or go cold turkey. Why curiosity killed the cat, although dogs are more curious about us. Why letting the cat out of the bag originally referred to a duped shopper. What a horse of another color is, what horsefeathers politely alludes to, why a mule is a lady's slipper, and what horseradish has to do with horses. Why the combination of humans and cows probably led to capitalism its name from Latin for head, as in heads of cows. Why holy cow and sacred cow have almost opposite meanings. Whether people actually chewed the fat or ate crow (and why it's a crowbar). How a hog became a motorcycle and a chick a young woman. What happens to freeze the balls off a brass monkey.

What buck has to do with being naked. Why the birds and the bees. Why a piggy bank and why one feeds the kitty. What lame ducks have to do with U.S. presidents. How red herring came about via activists opposed to fox hunting. Where snake oil, popular in the 1800s and rich in Omega-3 fatty acids, came from. That the proverbial fly in the ointment goes back to the Bible's Ecclesiastes (10:1). How Swiss watchmakers created teensy-weensy coaches for fleas to pull in flea circuses. And much much! more. Don't be a lame duck and get this book!

Also by BOZE HADLEIGH   |  View all 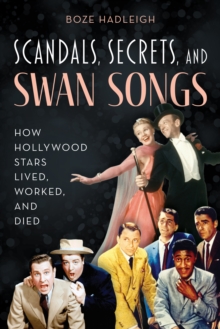 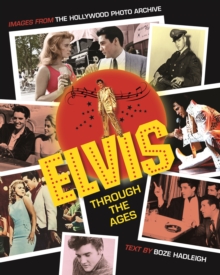 Elvis Through the Ages 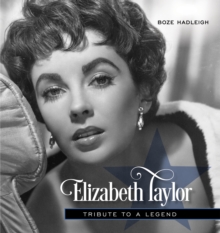