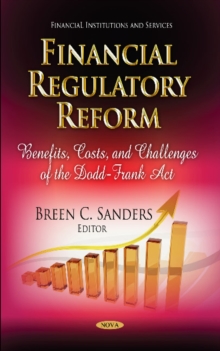 The 2007-2009 financial crisis threatened the stability of the U.S. financial system and the health of the U.S. economy. To address regulatory gaps and other problems revealed by the crisis, Congress enacted the Dodd-Frank Act.

Federal regulators will need to issue hundreds of rules to implement the act.

Industry representatives, academics, and others generally have supported the act's goal of enhancing U.S. financial stability, but implementation of certain of the act's provisions has led to much debate.

The Government Accountability Office (GAO) reviewed empirical and other studies on the impacts of financial crises and the Dodd-Frank reforms, as well as congressional testimonies, comment letters, and other public statements by federal regulators, industry representatives, and others.