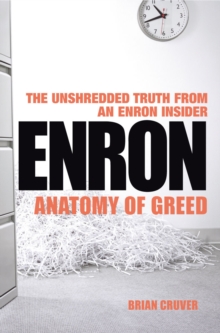 Enron : The Anatomy of Greed The Unshredded Truth from an Enron Insider Paperback / softback

Brian Cruver was a first-hand witness to the disturbing, surreal and hilarious moments of American business giant Enron's long dance with death.

When he first entered Enron's office complex, 'the Death Star', he was the epitome of the classic Enron employee: young, brash, obscenely overpaid and sporting a brand-new MBA.

From his first day, however, when he was told that some colleagues hadn't really wanted to see him hired, he found himself in the middle of a venal greed machine whose story unfolded with Kafka-esque absurdity and frustration.

The Anatomy of Greed examines the accounting tricks, the insider stock trading - and in a special section, how the grossly lucrative fraudulent partnerships were structured and funded - as well as everyday life as an Enronian.

Working at Enron meant cocky wheeling and dealing, parties on the trade floor, casual conversations at the shredder and the insidious group think that made Enron employees unquestioningly accept the propaganda spoon-fed to them by Enron bosses Ken Lay and Jeffrey Skilling.

A portrait of the author as a young Enronian, The Anatomy of Greed reveals the sting of reality, humility and pain felt by a man whose idols turned out to be fools and scoundrels and who learned that there is more to life than stock options. 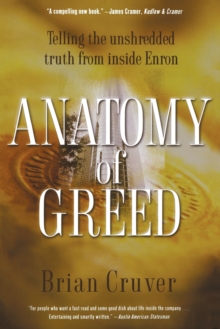 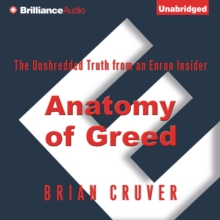