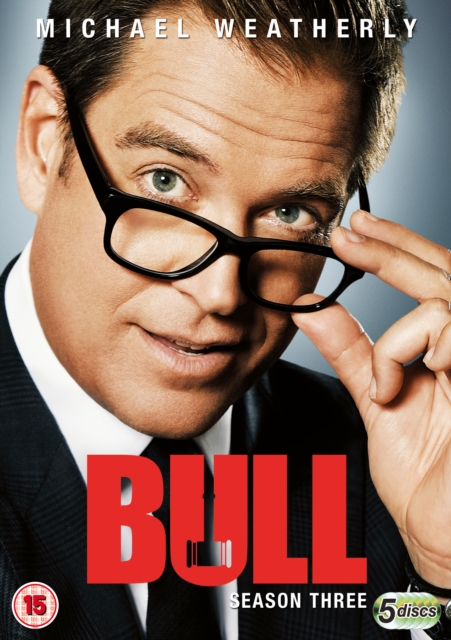 All 22 episodes from the third season of the US drama which follows the staff of consulting firm Trial Analysis Corporation.

In this season, Bull returns from rehab and throws himself into the case of a dying woman who has been denied a liver transplant by her insurance company.

Meanwhile, Greg (David Furr) is accused of starting a fire in his own restaurant, a priest is arrested on suspicion of a hit-and-run, and a friend of Bull's from college becomes the prime suspect in the disappearance of his wife.

The episodes are: 'The Ground Beneath Their Feet', 'Jury Duty', 'Excessive Force', 'Justice for Cable', 'The Missing Piece', 'Fool Me Twice', 'A Girl Without Feelings', 'But for the Grace', 'Separation', 'A Higher Law', 'Separate Together', 'Split Hairs', 'Prior Bad Habits', 'Leave It All Behind', 'Security Fraud', 'Forfeiture', 'Parental Guidance', 'Don't Say a Word', 'Bounty', 'The Good One', 'When the Rains Come' and 'Pillar of Salt'.