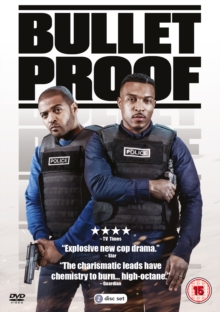 All six episodes from the British television drama in which two hardened police officers from the National Crime Agency hunt down East End London's toughest and most ruthless criminals, from drug traffickers to armed robbers.

Despite their close friendship, their backgrounds are worlds apart.

Ronnie Pike (Ashley Walters) grew up in a middle class, ambitious family with his father now filling the position of Director-General in the NCA.

His partner Aaron Bishop (Noel Clarke) spent his childhood in and out of foster homes and on the streets where he learned the essential skills of how to survive in London's East End.

As they carry out their duties and set out to stop the organised crime which terrorises the community, their bond is only strengthened.