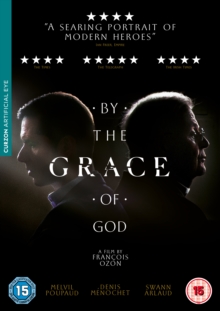 By the Grace of God DVD

After learning that Father Preynat (Bernard Verley), the priest that abused him as a child, is back in Lyon, Alexandre Guérin (Melvil Poupaud) finally breaks his silence and formally takes his case to Cardinal Barbarin (François Marthouret).

His complaint leads fellow abuse victims François Debord (Denis Ménochet), Gilles Perret (Éric Caravaca) and Emmanuel Thomassin (Swann Arlaud) to join him in speaking out, and together, in their search for justice, they uncover the extensive cover-up of Preynat's abuses by the Catholic Church.