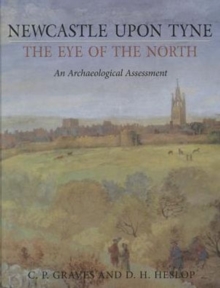 Newcastle Upon Tyne, the Eye of the North : An Archaeological Assessment Hardback

Newcastle upon Tyne is one of England's great cities. Many think of it mainly as a product of the Industrial Revolution when abundant resources of coal, iron ore and water came together to create a Victorian industrial powerhouse. In fact, Newcastle's long and proud history began in Roman times when Hadrian's Wall marked the northernmost point of the Roman Empire. Newcastle became a thriving medieval port, with trading connections around the North Sea, the Atlantic, the Baltic countries and the Mediterranean.

By the mid-17th century, Newcastle was not only a major European port, but was also becoming the pre-eminent exporter of coal fuelling the incipient industrial revolution. This volume brings together the archaeological evidence for occupation in the historic core of Newcastle between the prehistoric period and 1650. It places the evidence in the context of the evolving historical communities who made and occupied the site, and in the wider context of medieval and early modern European urban life. The volume synthesizes archaeological and historical evidence, highlighting material only known through excavation- like the early medieval use of the decaying Roman fort for a cemetery and probable church - as well as throwing new light on documented activities - like the way in which the waterfront was physically extended and consolidated to support trade from the 12th century onwards. Taking its name from a castle of national significance, planted after the Norman Conquest as a bulwark against Northern rebels and Scottish aggression, Newcastle was established as the king's 'Eye of the North'. 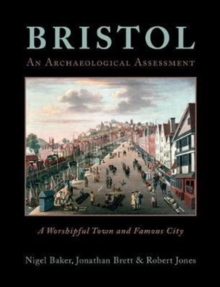 Bristol: A Worshipful Town and Famous...