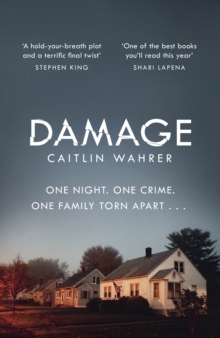 Damage : An unputdownable and emotionally gripping debut with a twist you won't see coming Hardback

DON'T MISS THE MOST GRIPPING AND SHOCKING DEBUT OF THE SUMMER'Pulled me in from the first page' STEPHEN KING'Utterly authentic and full of twists.

A remarkable debut' SUNDAY TIMES'One of the best books you'll read this year' SHARI LAPENA'Keeps you guessing until the end' 5***** Reader Review_______Sometimes, the true story is the hardest to believe. TONY has always looked out for his younger brother, Nick.

So when Nick is badly hurt and it looks like he was the victim of sexual assault, Tony's anger flares. JULIA is alarmed by her husband Tony's obsession with Nick's case.

She's always known Tony has a temper. But does she really know what he's capable of?NICK went out for a drink.

After that, everything's a blank. When he woke up he found himself in a world of confusion and pain, and the man who hurt him doesn't deny doing it.

But he says the whole thing was consensual. Three ordinary people; one life-shattering event. And when the police get involved, this family in crisis might be capable of anything . . . Set to ignite debate and as gripping as your favourite box-set, Damage is a compulsive drama from an extraordinary new writer. _______'As though Michael Connelly and Tana French had joined forces.

An explosively slow-burn guessing game' METRO'Sets the standard for psychological suspense ... the characters are breathtakingly real' JEFFERY DEAVER'Caitlin digs into our perceptions around masculinity, consent and what it means when violation becomes public knowledge.

Twisty' GRAZIA'A brilliantly-observed novel about how a terrible crime can ignite the first match in a whole row. 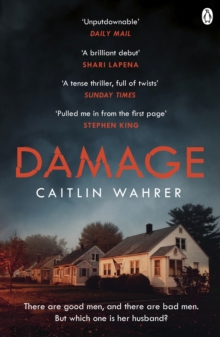